In the fall of 2014, the US Federal Maritime Commission (“FMC”) conducted four forums “to hear firsthand the problems that stakeholders in the U.S. intermodal system were facing as a result of problems brought on by contemporary developments in liner shipping.”[1] The forums were located at the Ports of Los Angeles, Baltimore, Charleston, and New Orleans, respectively, and resulted in the publication of two FMC reports. On April 3, 2015, the FMC released a Commission’s staff report specifically addressing detention, demurrage and free-time. Subsequently, in July, the FMC issued a more thorough report discussing the major themes arising from the fall 2014 port congestion forums. These reports are summarized briefly below.

The April report is the FMC’s first step in dealing with a “great deal of discontent [among] cargo interests and motor carriers who appear[] to be incurring demurrage and detention fees when containers had been delayed or equipment prevented from being returned for reasons well beyond their ability to control.”[2] The FMC first noticed the discontent during the forum discussions. After the forums, parties continued to express their discontent by filing numerous informal complaints with the FMC and its operating bureaus and offices. The Commission realized the need to address this issue faster and separate from other port congestion related issues.[3] As a result, the Commission’s staff was directed to provide a report describing “the current demurrage and detention rates, rules and practices of several of transportation service providers.”[4] The April report details the staff’s findings and can be accessed here: https://www.fmc.gov/assets/1/Page/reportdemurrage.pdf

In addition to its findings, the report suggests possible commercial actions involved parties may take to help resolve the concerns over the assessment of demurrage and detention during periods of terminal delays. Additionally, the Commission identified eight possible actions that the FMC could pursue. These eight actions include:

(4) initiating a docketed proceeding for adjudication through an order of investigation;

(5) granting the review of a petition with the Commission for specific action, if such a petition were appropriately presented by a party;

(7) directing the agency’s Ombudsman to undertake focused facilitative meetings with the industry; and

The FMC’s course of action is yet to be determined. However, Commissioner Doyle has encouraged “industry stakeholders to weigh in and inform the Commission as to the kind of action desired, if any.”[6]

While its April report was prompted to determine faster solutions to a more specific and urgent issue, the FMC report released in July addresses the port congestion issue more broadly. It provides an overview of the US port congestion discussions during the fall 2014 forums. Based on information gathered during these forums, the FMC report elaborates on the six major themes discussed during the forums, including: (1) investment and planning; (2) chassis availability and related issues; (3) vessel and terminal operations; (4) port drayage and truck turn-time; (5) extended gate hours, PierPASS and congestion pricing; and (6) collaboration and communication.[7]

Despite its findings, the FMC concedes more unknowns remain.[8] Regardless, the Commission dedicated to exploring both the knowns and unknowns of the port congestion issue in an attempt “to synthesize recent port and supply chain congestion mitigation initiatives.”[9] Ultimately, the FMC has stated its efforts should provide “a neutral assessment of the most promising techniques available currently to manage congestion issues, and [] allow for recommendations on possible data collections, studies, and policy initiatives that might contribute further solutions to the port congestion issue.”[10] 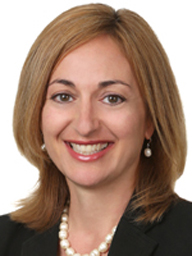